Telegram messenger after it made an entry in on the iOS in August 2013, later on an alpha version was launched in October 2013 so the testing period has been there really long.  It helps you in sending large files, messages, photos and videos. The group limit is also 200 unlike WhatsApp which is 50. The app saves your message on cloud storage for you to access it from various devices so you can also access your messages through your desktop.

What makes it different from other apps?

The messages are encrypted and are transmitted through two levels of encryption, server-client and client-client secure encryption. This encryption is based on based on 256-bit symmetric AES encryption, RSA 2048 encryption and Diffie–Hellman secure key exchange. Now what this means for user is the message are transmitted encrypted and decrypted when downloaded. Now what this means for a user is they are just totally secured in fact the app owner has organized a contest for hackers who can decrypt telegram crypto. Now you must be guessing whats the big deal, now wait a minute it is a big deal as the prize offered to the winner is USD2,00,000/-. That is what their website https://telegram.org/crypto_contest claims. 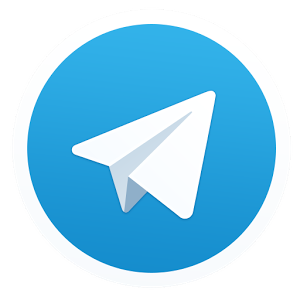 Secret message, Now what is that?

Secret message is a highlight of this app what it does is when you send a message to your contact as a secret message the message travels encrypted directed only for the device it is sent. The message decrypts itself on the device and once it is marked seen, it gets deleted on its own leaving no traces of the chat. This type of messaging has been unique where the chat is totally private. The messages are marked with a self destruct timer which is the time message stays on the other device for reading.

Yes it is also available for your windows desktop and it runs just fine of course minus the secret message feature. You can download it from here https://telegram.org/apps. You can find various versions and source code too from the link.

Telegram promises to stay ads free as it is an open source and they don’t intend to make money by selling it or displaying ads. They have said on their website that they may ask for donations if they run out of funds but keep their messenger ads free. We feel they may add optional features that people can buy at their own will.

Additional features you can look for in it updates :

– Blackberry device Support, Currently its only available for iOS and android.
– Voice Calling.

Whatsapp deal and what it could mean for Telegram :

We feel facebook acquiring whatsapp for a whopping $19 billion could be a good news for apps like Telegram. After acquisition it is expected that whatsapp will either be generating money through per year subscription business as it was till date. But there are greater chances of target oriented advertisements by facebook for this app which could be bugging for its users. However such users who get annoyed with such content based ads will surely be looking for an alternative cross-platform mobile messaging app which space could be filled up by Telegram.

Messaging app Telegram added 5m new users the day after Whatsapp outage of 3 hours. We could see Telegram in a brand new avatar with more features soon as a threat to whatsapp so keep updated.